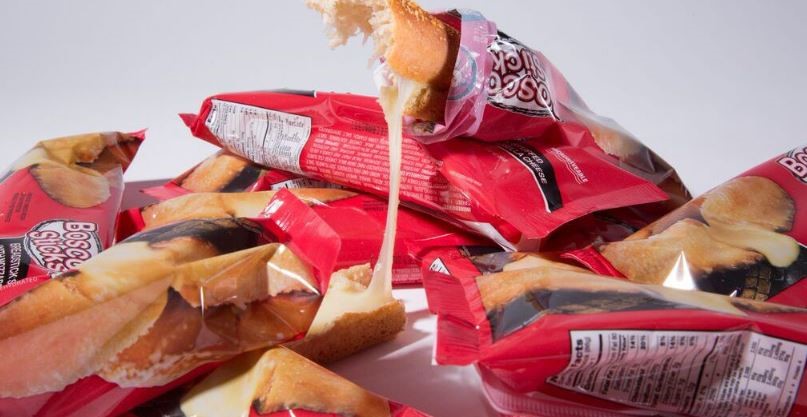 Breadsticks filled with mozzarella cheese and topped with butter and Parmesan cheese are known as Bosco sticks. They’re often accompanied with marinara sauce when served. Store-bought varieties are good, but handmade versions are much better. The best part is that they are simple to put together. You may use pizza dough instead of creating your bread dough if you don’t want to bother.

Despite their widespread popularity in cafeterias, Bosco Sticks had their origins in a Michigan pizzeria named for St. John Bosco, the patron saint of children. Warren’s Bosco’s Carry-Out Pizzeria opened in 1988 next to a high school thanks to Mark Artinian. According to Nordin Sr., “around noon a lot of kids would come in,” and Artinian quickly realized that school cafeterias required high-quality restaurant-style pizzas.

Bosco sticks as a food-distribution service:

As a result, Artinian closed the pizzeria and reorganized the company as a food distribution service, introducing the first commercially available frozen filled crust pizza in 1995. Soon after that, by chance, the business discovered its coveted golden goose. They got the idea after a piece of cheese-filled pizza crust dropped off, and the firm thought it would make an excellent breadstick. It all started with the Bosco Stick.

Two Bosco Sticks, aside, and a carton of milk cost $2.80 at Kinawa Middle School in Okemos, Michigan. An a la carte Bosco Stick at Indiana’s Warrick County Schools costs only $1. After receiving many buyout proposals throughout the 1990s, Artinian finally leapt in January 2014. Tyson, a food manufacturing company headquartered in Arkansas, purchased Artinian’s Bosco’s Pizza for an unknown sum.

An egg and cheese Bosco Stick?

Beyond the cheesy centre, the business has introduced several other Bosco Stick varieties, including whole-grain varieties. Tyson Foods and Bosco Sticks are cashing in on the pretzel craze by filling their sticks with pepperoni. The firm also pushes the breadsticks down a sweeter route, producing an apple-filled version that acts as a twist on a portable pie. According to Nordin Sr., many individuals who grew up with the dish still ask for it now.

According to Nordin Sr., Bosco has no intention of stopping there: “We’re making tremendous efforts to grow the brand… Considering that we’re always experimenting with new flavour combinations that may be used for a range of Bosco Sticks beyond lunch and snacks, I wouldn’t be surprised to see us appear in other contexts. At least, that’s what my little self-hoped when she was in third grade. Many college campuses now sell Bosco Sticks, which may be purchased in the freezers of bulk shops like Sam’s Club.

Sticks made by Bosco:

Sticks made by Bosco. After a long day of eating soggy green bean casserole and overdone hot dogs, the breadsticks were a welcome relief. They were warm, cheesy, and guaranteed to be vegetarian. They cost less than $2, and everyone raved about them. Bosco Sticks have been called “the trendiest thing in school food service” by the Grand Rapids Press because they are often delivered hot and with a cup of marinara sauce for dipping.

How did the Bosco Stick come to be so well-known?

A spokesman for Bosco, Lee Nordin Sr., said that if you think about how many sticks are consumed annually, you could line them up end to end six times from coast to coast. Some so many kids adore the Bosco Stick that their business likes to tell stories about how the food director gives them out on “headcount day,” when money is allocated according to how many children are present, “to ensure kids come to school.”

Step 1: Make an oblong shape with your great biscuits by rolling them out thinly.

Step 2: It had to be long enough to accommodate the cheese stick.

Step 3: After that, I layered three pepperoni slices on top of the cheese stick.

Step 4: Put the pepperoni and cheese on the biscuits and wrap them up.

Step 5: Make sure to tightly seal the biscuits so that no cheese leaks out during cooking.

Step 6: Spray the heated skillet with oil, distribute it with a spatula, and then brown the Bosco stick on both sides for a few minutes each.

Step 7: Set a wire rack on top of the grill and cover it for approximately 5-10 minutes to allow the sticks to steam and finish cooking.

Step 8: Take your stick out of the oven and serve it with a delicious marinara sauce.

The Bosco sticks are a deconstructed pizza that’s easier to eat since they are shaped like a stick. The bread itself is somewhat fluffy and chewy due to being baked until it is golden brown. This cheese is special because it melts without becoming hard or brittle but instead becomes flexible as it cools. When you separate the two sides of the stick, a ribbon of cheese will form.

Read also: How Do You Thaw Doughnuts From the Freezer?