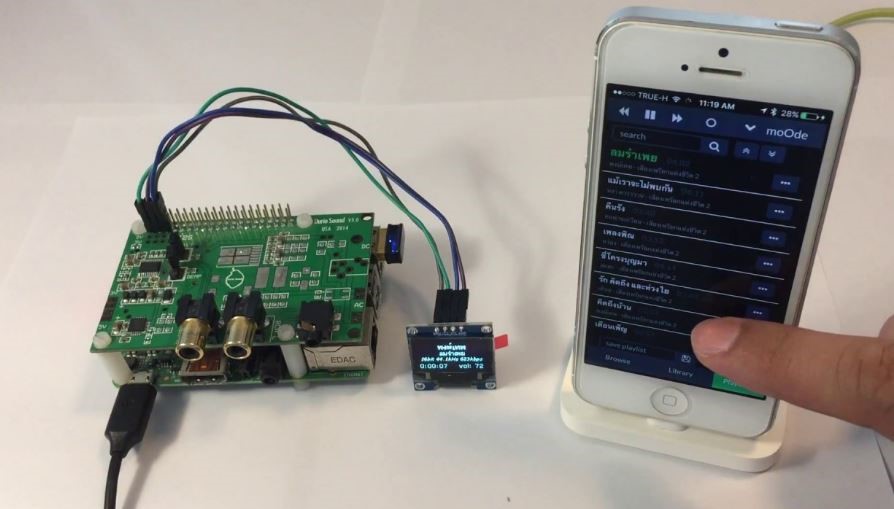 Moode Audio has developed an Open Source operating system. As a result, it’s ideal for use with the RaspTOUCH and RaspDAC boards. The Rasp touch becomes a genuine media player that can control from a smartphone, computer, or tablet via the specialized web software or directly from the Rasp touch’s touch screen using its built-in touch sensor.

How to Use moOde Audio — Mood-Setting Software:

The moOde Audio software package turns a Raspberry Pi into a high-end music streamer and player. As long as you’re connected to your network, you may use your NAS, listen to Internet radio stations, or stream your music to DLNA/Airplay compatible devices.

My quest for the ideal music-playing software package began when I built a handful of Raspberry Pi-based audio streamers. I began with Volumio’s comprehensive software, but I discovered that it struggled with my big local digital music library. It seems to be moving to a subscription-based service for additional capabilities.

The ultra-simple Ropieee Roon Endpoint program, which abandons all non-Roon-based local file playbacks yet meets my main requirements very well, eventually led me in the other way. My top choices for music software for a Raspberry Pi-based player are as follows:

Moode Audio, created by Tim Curtis in 2014 and based on the Raspberry Pi, is another music software package that seems to be widely discussed on the internet. moode is a Debian GNU/Linux-based custom operating system. At the time of this writing, the most current version is 7.3. Although its feature set seems to be comparable to Volume’s at first sight, moode is completely free.

That’s how easy it SHOULD be, at the very least. The network connection, DAC, screen, and other components will need to be configured once the first setup is complete. The ease with which these different stages may complete will vary from program to software.

The basic setup of moode Audio on the SD card:

The basic setup of moode Audio on the SD card worked without a hitch for my use. One thing to notice is that the default screen orientation was perfect for my use in a SmartiPi Touch Pro case. I was expecting a moode graphic interface, but all I got was a command prompt.

Moode is a music player for the Raspberry Pi that may view through a web interface on a computer rather than via a physical display. There is no reason to think that the screen should be turned on by default because of this.

What is the moOde Audio Setup Process?

In comparison to moOde, Volumio uses plugins that can be added, uninstalled, and individually customized, while moOde integrates all of its customization choices into the main menu. I found the official Setup Guide after a short search on the moOde support forum. Although thorough, it’s just a plain text page, so that the format may deter some beginners hoping for a more visually stimulating tutorial with images.

How to set up moode? Expert advice:

Before starting the installation, connect the Pi to the network using a network cable. It streamlines the process, and you’ll be ready to connect to the internet in no time. After connecting to the interface, click the tiny m symbol in the upper-right corner to access the configuration options.

Setting up the audio device:

Setting up the audio device (USB or I2S DAC), Time Zone, Audio Source, and WIFI connection is explained in detail in the Setup Guide. I strongly advise you to finish the Audio Source configuration as the final step since it may take several hours, depending on the size of your local collection. Over time and a lot of trial and error, I came up with a remedy that seems to work, but it will need some more effort on your part.

Audio characteristics of the moode:

Once moOde is up and running, you can begin exploring all of its capabilities. Playlist on the left, volume and track completion as two circles in the center, and album cover and information on the right are divided into three parts for ease of use. I like the Volumio user interface, although the moOde one is clearer and less cluttered.

Features that are exclusive to moode include:

Observations from the Perspective of the End-User:

Using moOde has been a piece of cake after I figured out how to make it all work. Aw, Snap! Something went wrong when displaying this web page,” This is the one genuine issue that seems to show up regularly on the Pi display after a time. Refreshing the screen using the Reload button restores the moOde user interface, which is somewhat inconvenient.

After using moode Audio, Volumio, and Ropieee for a while, it’s clear that each one caters to a distinct set of requirements. Even though Volumio has a nicer UI and more straightforward plugin support than moode, the latter’s choice to paywall certain functions behind a membership charge forces me to choose moode.