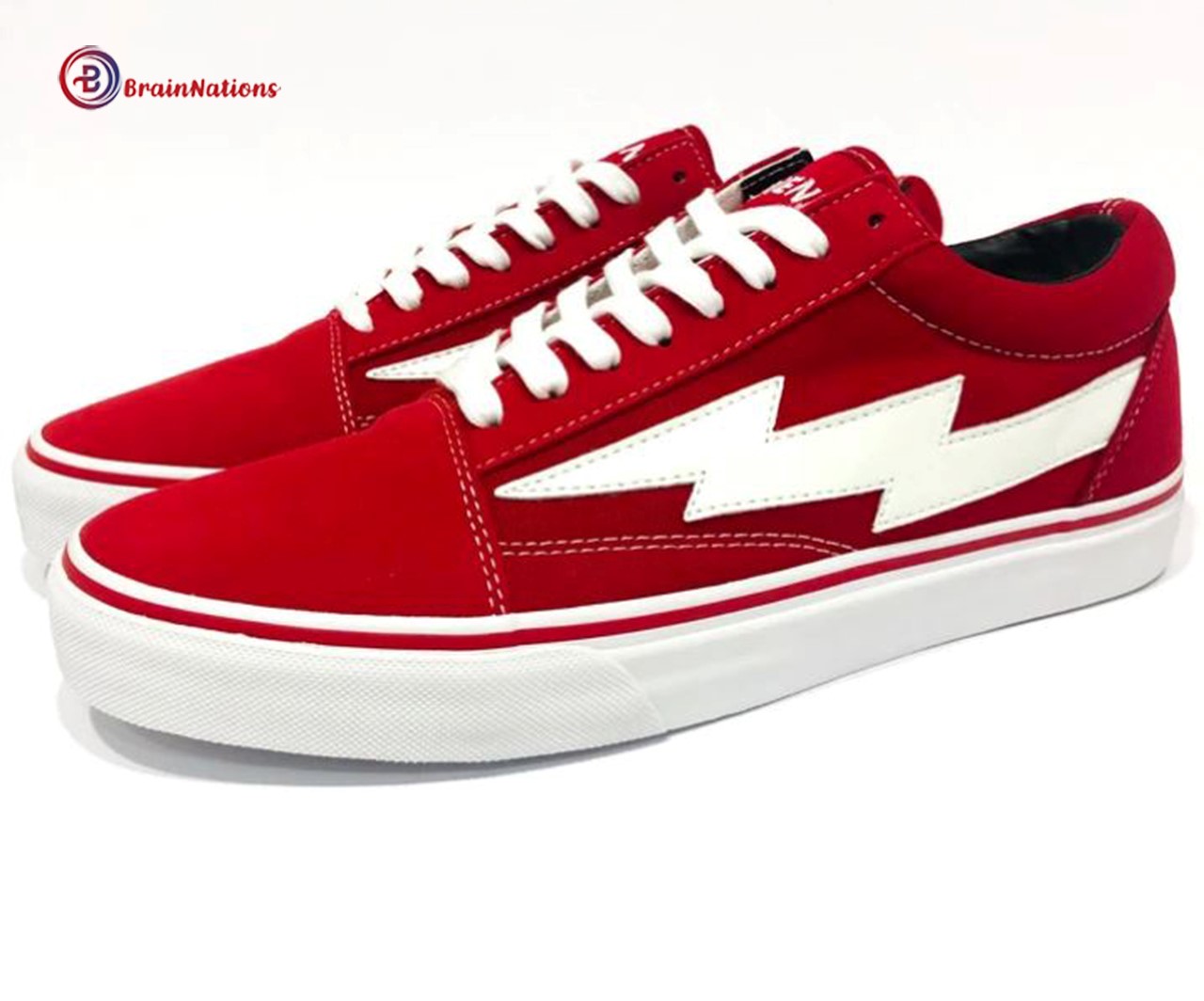 Revenge Storm skate team was put together, featuring skaters Vincent Nava who unfortunately passed away, and Miguel Killagomez. Revenge x Storm held numerous pop-up events after this period. One of the last officials Revenge x Storm releases, aside from the Los Angeles-only pack, was a set of camo storms released in 2018. Revenge x Storm was doomed as a result of what happened next.

Late last year, fashion icon Ian Connor and Nasty Noah co-founded Revenge Storm. The sneaker’s creation is often attributed solely to Ian, but Noah played a significant role. Noah recalls that when he was 17, he was attending a community college and drawing on the backs of his vans for class. In the future, Revenge Storm would release numerous new colorways of the shoes, including ones in collaboration with other artists, such as YG.

A significant factor in the brand’s demise:

After all, Revenge Storm was years ahead of other small sneaker brands in terms of reinterpreting classic sneaker models when they were released in 2021. Classics such as the Bape STA and the Ari Menthol 10 were, of course, way ahead of their time, but the mainstream trend did not begin until early 2020. The mass production and sale on Taobao in late 2019 of illegal revenge storm was a significant factor in the brand’s demise.

By 2020, Noah had written on Twitter that “Revenge x Storm” had been sabotaged by those trying to “help” us at the outset of the problem. In this passage, he expresses how the people around him cheated him. Due to Ian’s current commitments with his brand Sicko, Noah is the only one who regularly speaks on Revenge x Storm. We can be excited about the brand’s future.

Initially, Noah said Revenge x Storm would return in the summer of 2020, but he later changed that to September 2020 and then to 2021 altogether.  As the summer and fall release dates slipped through the cracks, I’m banking on a 2021 release. I found a lawsuit filed on September 21st, 2018, by Revenge X Storm, LLC v. Because “Dopetrade” was creating bogus storms, Revenge x Storm and their attorneys were able to shut them down.

Ian Connor, the designer of the Revenge x Storm sneakers, enjoys a good throwback. The brand’s newly launched e-retail site is a trip back to the 1980s and 1990s in terms of design. But after a rerelease on Friday of 250 pairs of the $200 sneakers quickly sold out, the reality of our current hard-to-get market set in. For the line’s launch on Monday, Kylie Jenner donned the footwear.

The Revenge x Storm hybrid known as ‘Black’ has arrived.

The Revenge x Storm shoes, designed by Ian Connor, pay homage to his favorite Vans Old Skool silhouette. You’ll find an embroidered lightning bolt and ‘REVENGE’ branding on the tongue and the outsole on the suede and canvas upper. The back heel tab reads ‘OFF THE SH*TS.

That’s why we created this fake vs. accurate Revenge Storm sneakers comparison, which includes images to help you spot a fake and a fake from an authentic pair. In this guide, we want to point out that we’ll also refer to Revenge x Storm as RxS when comparing fake and accurate versions of the game.

How can you tell if a Revenge x Storm card is fake?

Rear-wheel logo of the Revenge x Storm authentic vs. fake

To begin with, if you look at the “OFF” print, you’ll notice that the text is noticeably thinner and smaller than the original “OFF” text. Finally, the counterfeit Revenge x Storm “THE” print appears much thicker than it needs to be because the authentic characters are thinner than the fake ones on the “THE” print.

Examine the flash of light on the sneaker’s side:

Look at the shoe’s toe print on the tongue:

There’s also a height issue with the letter “V” on the fake Revenge Storm sneakers, which is larger than the rest of them while it’s sized correctly on the authentic pair. Storm Kylie is the brand’s caption for the teen mogul’s selfie from today. ON SATURDAY, the E! Star wore them with a Champions x Urban Outfitters hoodie and baggy Chloe track pants for another retro-inspired look.

Read also: What Is The Quality Of The Products?