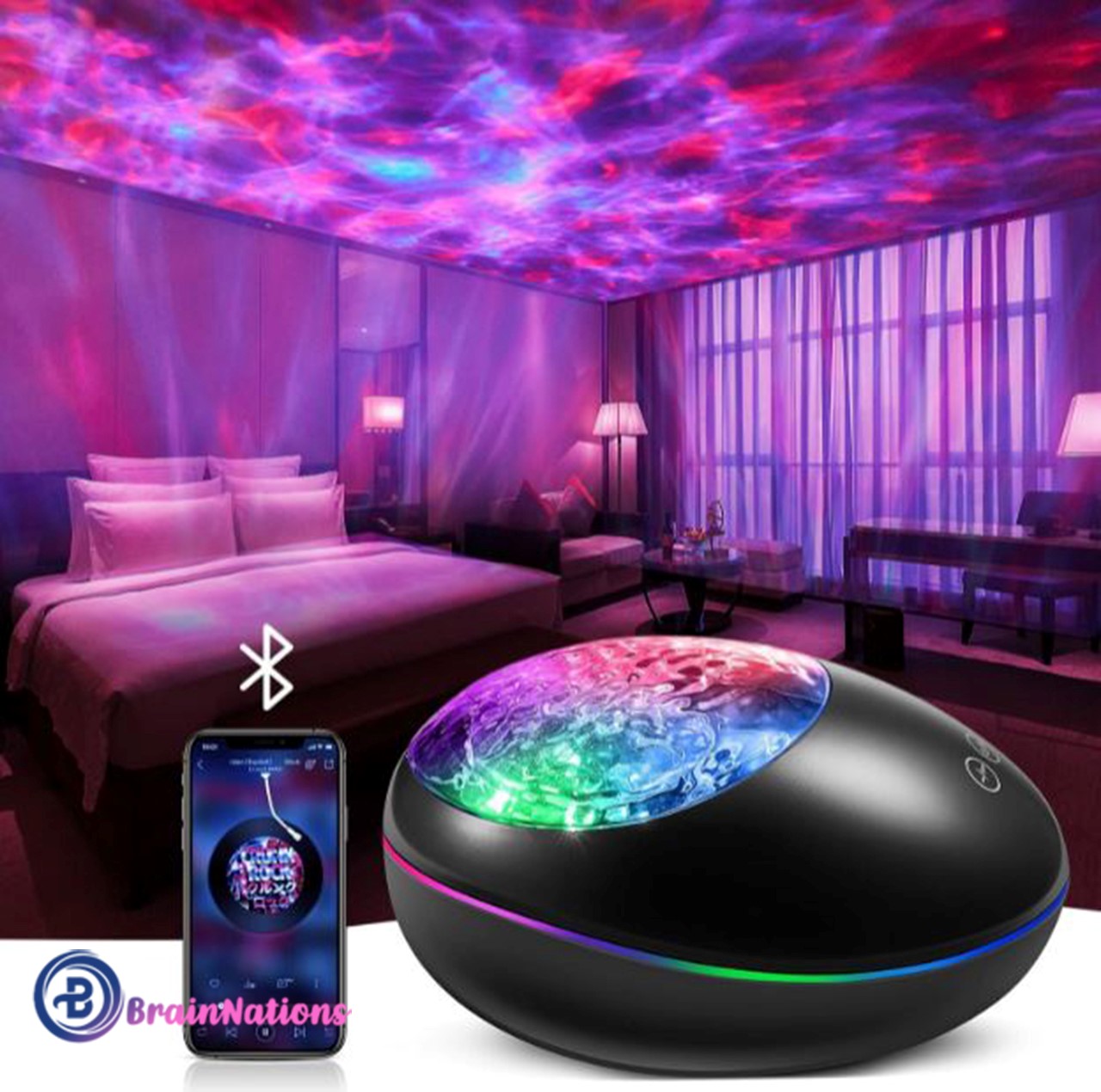 Star projector: Using these smart devices, you may immerse yourself in the night sky and have a unique sensory experience. You also get a lot more than just an incredible visual experience with the most outstanding star projectors. We will be fascinated by the universe and its secrets for the rest of our lives. Even if we don’t know everything about it yet, we may still appreciate its magnificence.

A home planetarium makes it simple to project constellations and stars on your walls, allowing you to experience the wonder of the cosmos right in the comfort of your own home. There are many star projectors available on the market, ranging in size, feature set, and manufacturer. Projector selection might be difficult, especially for those who are new to planetariums. For your convenience, we’ve compiled a list of the best star projector.

With LED technology, this projector creates a starry sky on any surface using green shooting stars. There are no shooting stars or star discs, but that’s okay because this instrument has so many more functions that even the most costly and advanced ones don’t have. The projector may be put up from anywhere in the room using the included remote control.

The Bliss Lights Sky Lite Star Projector uses a direct diode laser, glass optics, and holographic-focused advanced technology to create an interstellar scene on the walls and ceiling of your bedroom. The stunning atmospheric glow is dominated by a proprietary design of a vast blue nebula cloud filled with tiny green stars. The projector also features three easy-to-use buttons for adjusting the brightness, rotation, and other lighting effects.

Play music or ambient sounds while using the Bell Star Projector to create stunning images and audio effects. Three brightness levels and ten dynamic projections are also available. The Bluetooth speaker can also use sound-activated mode to sync the lighting to the beat of the music being played. Additionally, the remote control that comes with the device will allow you to manage it.

The HOKEKI Star Projector is an excellent value, especially when you consider the reduced price and the variety of illumination options it offers. It has a clean, uncluttered layout that’s simple to use, and you can pick between space-themed or ocean-themed projections with ease. The buttons in the centre can use to switch between eight distinct colour schemes.

The Luckkid Baby Star Projector will brighten up your baby’s room. Due to the removable film covering the light, you may use this lighting gadget as both a star projector and a standard night light. Even while it has a significant visual impact, this sphere-shaped projector is tiny, measuring only five by six inches in total.

Not only does the Eicaus Star Projector provide breathtaking views of the night sky, but it also allows you to immerse yourself in the ocean by projecting images from below the surface. You can pick from ten different colour schemes and three different brightness settings so that you may create your own unique visual experience. Additionally, the projector comes equipped with remote control, allowing you to make adjustments to the projector’s settings without having to get up from your chair.

While not in use, the Riarmo Galaxy Star Projector’s core lighting crystal is surrounded by cartoonish space images, adding a splash of colour to any child’s room. Once it’s turned on, you may choose between four different LED colours and 16 different lighting settings to create a variety of moods. There are three levels of lighting, flow speed, and sound effects to choose from. Additionally, you may play relaxing breathing sounds to help your child drift off to sleep.

Dual-Projector Planetarium in the Optics Room:

The Smithsonian Optics Room Planetarium is yet another projection system that should treat more like a toy for children than space enthusiasts’ valuable piece of space memorabilia. Four AAA batteries power it, so there’s no need for an extra cord. The projector automatically shuts off after 15 minutes, saving battery life by not using the projector for long periods.

What’s the material of

Any time you drop a technological item, you don’t want it to be broken as soon as possible. It would help if you had a star projector that would last for many years by being made of high-quality materials. You may not know what the device’s outside casing is made of if you buy it online. Pay attention to what previous customers have to say about the product’s strength and durability.

What is the projected image’s brightness?

The brightness and sharpness of the projected image will be heavily influenced by the quality of the light bulb used in the projector. High-quality planetariums typically use LED lighting, with several advantages over standard incandescent lights, including being more lasting, more powerful, and cheaper. Lasers may be used as a supplemental light source in some models.

What kind of power supply it has?

If your home planetarium is powered solely by batteries, you may only be able to utilise it on rare occasions. Because the batteries need to be changed every other day, you can’t use it as a night light. Both practically and economically, this is not a viable option. However, if the galaxy projector has a USB port, you can connect a portable power source like a power bank.

Are there speakers in the star projector?

A home planetarium may serve many functions, including meditation, book reading, a romantic date, or simply soothing children before night. It is especially true if you want to create a romantic ambiance in your home. The peaceful atmosphere will not be complete without some music, regardless of how good the projector’s picture quality is. If this describes you, look for a star projector that has this capability before you buy.

Is it simple to use a star projector?

Because of their basic design, the star projectors are simple to use. They illuminate a glass lens with LED technology. A ring of light usually surrounds the lens, allowing you to focus the light on your wall manually. Changing the replaceable disc can sometimes alter the projected pattern.

Some of the models are specifically made for use in a child’s room or playroom. They play calming music and show peaceful visuals in warm colours to help children relax before bed. Invest in a device that you can plug into a power socket regularly using an AC adapter. To avoid spending a lot of money on batteries, you should do this.

Read also: Can you vouch for the quality of Sceptre Monitors?