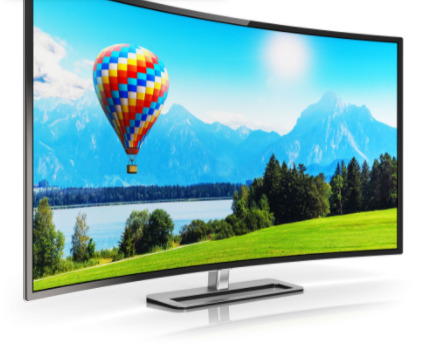 Despite popular beliefs, television continues to be an effective medium for advertisements. After all, watching TV is a favourite pastime for many people across the globe. I frequently watch my Spectrum Silver package to enjoy my favourite shows. It keeps me entertained whenever I am having a bad day. So, just like myself, millions turn to television to escape their daily stresses. Engaged fans may tune into television to watch their favourite sporting events or award shows to experience their favourite team play or music artists perform.

Television advertisements when executed perfectly can not only be persuasive but can also help people feel an emotional connection. Therefore, marketers can’t undermine the importance of TV when it comes to running ads. If you want to know why advertising on television is still beneficial, have a look at the following five reasons.

There are no other media that can allow you to reach a massive audience other than television. With a single ad spot, you have the potential to reach millions of people. How? Well, it has been reported that 120.6 million U.S. households have at least one TV. Considering that teens usually spends more than seven hours watching television a day, it is an ideal way for marketers to reach Boomers and Gen X. Also, some people are surprisingly interested in watching well-made and interesting TV ads like the ones shown during the Super Bowl season.

#2. You Can Target Your Audience

Running an ad on television will allow you to target a specific audience. You can then later expand your reach by encouraging more engagement on social media. Advertisers can easily target their audience by investing in an ad spot during shows that their demographic might be watching. For instance, toy manufactures can advertise during Sunday morning cartoons or a local bar may advertise itself during sporting events.

This is one of the biggest advantages that you can get from advertising on television. When you purchase an ad slot, then you would own that time. This means that only your product or service would be in the spotlight. It contrasts with telephone directories, newspapers, or any other print media where ads might be small and will be placed alongside the ads of your competitors. Whereas in radio, a listener can frequently switch stations so advertisers might need to run their ads on different channels to reach their audience.

True, TV ads are costly to produce and the commercial air time can get a bit pricy but you need to know that promotional content on television is highly influential because customers trust it. A TV ad is more sophisticated as it combines both auditory and visual stimulation. An amalgam of words and pictures, interesting camera angles not just makes the advertisement more exciting but it gives the audience a realistic view of the product. Marketers can even address a product’s features and benefits in an ad which can then help people figure out if they need to buy it.

While running an ad on TV, advertisers can increase brand awareness by letting the viewers know how they can engage with the product by using different social media outlets. Many people who while watching television, use an additional device such as a smartphone or a tablet. They also might be engaged with friends at the same time. Advertisers can encourage people to engage by asking them either to visit their website or to enter a sweepstake online. Plus, viewers are most likely to share an advert with their friends if they find it fascinating or might search for additional information on the web if they feel interested.

Television is still a reliable medium for marketers to run advertisements. Yes, people might be cutting the cord and moving to online streaming platforms but there is still a vast number of people who are subscribing to TV services even today. I have a friend who recently called Charter customer service to opt for their television service. Moreover, there are so many benefits of running your ad on TV that is just hard to ignore. Hence, it is safe to say that running advertisements on television are still beneficial!