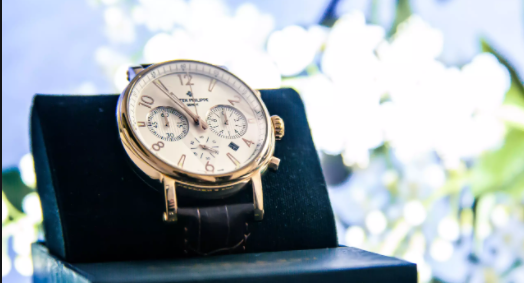 The Impressive History of Patek Philippe: People best associate Patek Philippe watches with beauty, elegance, and uniqueness. The brand has been one of the most popular luxury watches for several decades already because of its unmatched quality, functionality, glamour, and precision. Each of its watches has an exceptional design that reflects the level of artistry and craftsmanship it employs. Keep reading if you want to know its history and some of its best watch models today.

Patek Philippe: A watchmaking giant in the industry:

Patek Philippe is undeniably one of the pioneers in the watchmaking industry. Its history dates back to 1839, so you will discover that it has operated for more than 180 years if you do the math. Despite the challenges it faced, it remained an independent and family-owned business located in Geneva. The brand upholds its ten values in everything it does, including independence, tradition, innovation, and aesthetics.

Antoine Norbert de Patek was the person behind the success of Patek Philippe. Before he built the company, he did not have any watchmaking experience. It had served in the military at a very young age but became a refugee in Geneva. It was where he found horology extremely interesting, so together with Francois Czapek and Thomas Moreau, he formed the Patek, Czapek, and Cie. Little did they know, the small company they decided to establish would reach the pinnacle of success in today’s watchmaking industry.

The start of a strong partnership:

Two of the founders, Francos and Thomas, decided to end the partnership, leaving Antoine alone. They faced several challenges that led them to this decision. Antoine knew that he needed someone’s help to ensure the continuous operation of his business, so he decided to bring Jean Adrien Phillipe in. He was a great innovator known to produce the keyless winding and hand-setting system. In 1851, they decided to use Patek, Phillippe, and Cie as the company name. It was a great year because it was also the time when Queen Victoria recognized the brand and purchased one of its watches.

Stern family owned the company in 1932

The company suffered during the Great Depression that it could not have survived if it weren’t for Jean and Charles Henri Stern. They invested a huge amount of money in saving the company from bankruptcy. Several years after that, it won first prize for its precision during the Observatory held in 1944. It was also the brand that pioneered the production of an all-electronic clock. With an impressive history, you will certainly not regret buying from the brand.

The Grand complication collection contains watches with impeccable craftsmanship, such as this 532G-001 model. It is one of the best portable timepieces offered by the company because of its high functionality and aesthetic appeal. It has an unusual design because of its red dial with luminous syringe hands and indexes.  The round case made from white gold materials reflects a style that is one of a kind. The transparent case back is another great feature if you are into the technical side of the watch. The automatic movement can function at a minimum of 35 hours and a maximum of 45 hours.

The Calatrava collection is proof of the legendary purity that the brand has. The 7122/200R is under this series which features a clean, minimalistic design and pure lines, making it an elegant dress watch. The red dial comes with rose-gold indexes and hands. It is enclosed in a case containing the sapphire crystal. Since the brand targets the female population, it has a small case diameter measuring 33m. For the movement, the manufacturer decided to use the manual-winding Caliber 215 PS. Its power reserve is up to 44 hours after one complete winding, and its water resistance is 30m. The alligator leather band ensures that you can wear it comfortably anywhere and anytime.

The Nautilus 118/1R-010 is the epitome of elegance because of its all-gold appearance. It has a sporty-chic look making it one of the best-selling models today. This watch contains the calibre 324 SC that you have to wind manually. It features a gold dial with a set of gold and luminous numerals. The case and the band are both made from rose gold material. The watch has a diameter of 35.2mm with a height of 8.62mm. At the bottom centre of the face, you can see a small date display window.