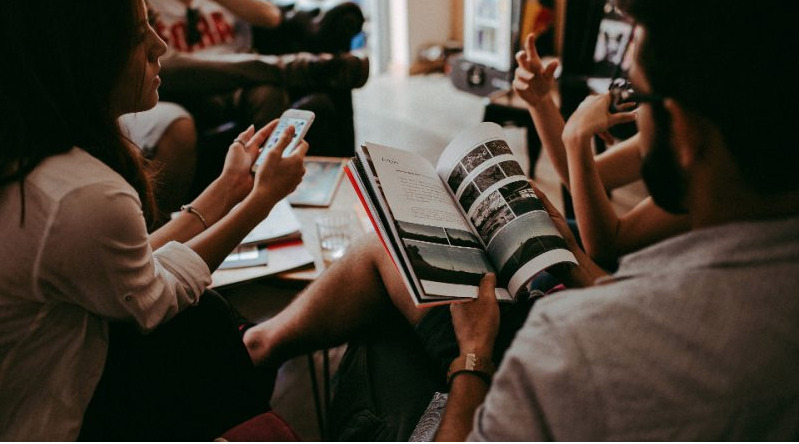 What is homework spelled backward, Do some click restraints?

But is “krowemoh” actually a Latin word, or just a bunch of letters thrown together? This is how we verified the information.

There’s a rumor making the rounds online that “homework” backward (as in, “krowemoh”) means “child abuse” in Latin. The assertion is untrue and probably spread as a joke.

Here we are investigating the claim on YouTube. The uploader records themselves conducting a search and selecting the top Urban Dictionary result. Unfortunately, blindly selecting the first link on a search engine results page is not the best method for verifying the reliability of the content. To counteract this, the Stanford History Education Group suggests training your “click restraint,” a skill essential to effective media literacy. This strategy for picking which website to visit online entails quickly scanning search results for better sources. It’s always worth it to take a few extra seconds to find reliable sources.

Head directly to the source of information:

If you visit Urban Dictionary, you’ll see that the word “krowemoh” has more than one meaning. The problem with using Urban Dictionary is that any internet user can add a definition.

If you aren’t familiar with Urban Dictionary, think of it as Merriam-rebellious Webster’s younger sibling. The main distinctions? Urban Dictionary is completely crowdsourced, as opposed to being edited by professional editors. The website’s primary function is to provide definitions of slang terms. Is it therefore a reliable resource for Latin? No.See what other sources are saying

A quick Google search yielded multiple articles and fact checks from Snopes that all provided evidence to refute this assertion. According to Snopes, “krowemoh” is not a Latin word because the letter W does not exist in the language.

Is the reverse of “homework” in Latin “child abuse?”

Reportedly starting in March 2013, the urban legend that “homework” backward in Latin means “child abuse” has recently gained traction according to a January 2021 Reddit thread. The claim is false. There is no Latin word that may be used in place of “krowemoh.” Only 23 letters were employed to build the Latin alphabet, so the letter “W” was absent from it. Latin, the language of the Roman Empire and the Catholic Church, was largely replaced by regional dialects that would grow into the Romance languages by the sixth century AD.

Since the Latin alphabet lacked a letter to represent the sound /w/ used in Germanic and old English, a form of the character W was initially employed during the 7th century AD. To get around this, writers began using the letters “uu” (or “vv,” as u and v were the same character in the conventional Latin alphabet) to represent the sound /w/. It wasn’t until the 1500s that the letter we now know as “W” began to be used extensively, long after people were coining new words in Latin.

Therefore, we can state unequivocally that the word “krowemoh,” meaning “child abuse,” does not exist and has no known equivalent in Latin or any other language we are familiar with.

Recent social media posts have claimed that the Latin word for “homework” spelled backwards is “child abuse.” This allegation has gone popular recently, with hundreds of shares and likes on social media platforms including Instagram, Twitter, Reddit, and YouTube attesting to its authenticity.

Is “krowemoh” a Latin word, or just a made-up string of letters? Read on to see how we made sure of the data.

Memes aren’t always reliable sources of information, so be wary of what you’re taking as fact. A common urban legend claims that the Latin word for “homework” is “krowemoh,” which is “homework” spelled backward. The meme has been circulating on TikTok as of late, so we feel compelled to set the record straight.
To translate, what does the Latin word “krowemoh” mean? Video posted on TikTok is not to be trusted.

USA Today claims that neither Latin nor any other language has the word “krowemoh.” Literally, it’s just “homework” backward. The word “homework” doesn’t have a fascinating history, which may disappoint some conspiracy theorists. Homework is a compound word that describes the type of work that students are expected to complete on their own time, away from the classroom.

Some claim that the practice of assigning homework dates back to ancient Rome, but for a time it was illegal in the U.S. state of California. There was a backlash against assigning homework between the late 1800s and early 1900s, historical accounts suggest. At this time, homework was made optional in California for kids in elementary through high school.

It wasn’t until the Cold War that Americans started seeing the value in doing homework again. During the height of the Cold War, when the Space Race was at its height, Soviet scientists were far ahead of their American counterparts. The Soviet Union then launched Sputnik, the first Earth satellite, in 1957. Homework grew increasingly common as a result, and the general public began to believe that Soviet schools were superior to those in the United States.
In Latin, does “krowemoh” signify “child abuse?”

Although you might have heard otherwise, the Latin word for “krowemoh” does not have a meaning related to child abuse. A screenshot taken by Spicy Memer was published by the Instagram account Chillstonks Memes in February 2021. The picture came up after I Googled “what is homework backwards.”

The first listing said that “homework” backward is “krowemoh,” which means “child abuse” in Latin. A warning will now appear when you click on that Instagram post. The social networking site has obscured the image and marked the post as “fake information.”

In addition to others pointing out the meme’s absurdity in the comments section of the original Instagram post, one user even went so far as to explain why “krowemoh” wouldn’t even be a word in Latin. One person responded, “Oh isn’t even a Latin suffix,” while another said that assigning homework is the ultimate kind of child torture. That is a bold assertion, indeed.